Some time passed since the last release of Marta. And today I’m excited to announce the next version of the neatest macOS file manager! It’s not my words; it’s just the extremely encouraging feedback I continuously get from you, users. Thank you! ❤️

The reason why this release took more time than previous ones is that the pane model, one of the core components of Marta, was significantly reworked. And this wasn’t a waste of time. It became more robust and testable. Problems with implementing some of the new nice features are gone. Also, thanks to the massive infrastructure work, the build is now much faster. Doesn’t all of this sound great?

Also, apart from working on the application architecture, I started to polish the overall user experience. macOS users got used to using the carefully designed macOS applications, and I don’t think I have the right to lower the quality bar. So I tuned plenty of things, including fonts, colors, and paddings. You may not notice all the changes on first sight, but these small improvements is a key difference between the high-quality and the average software. 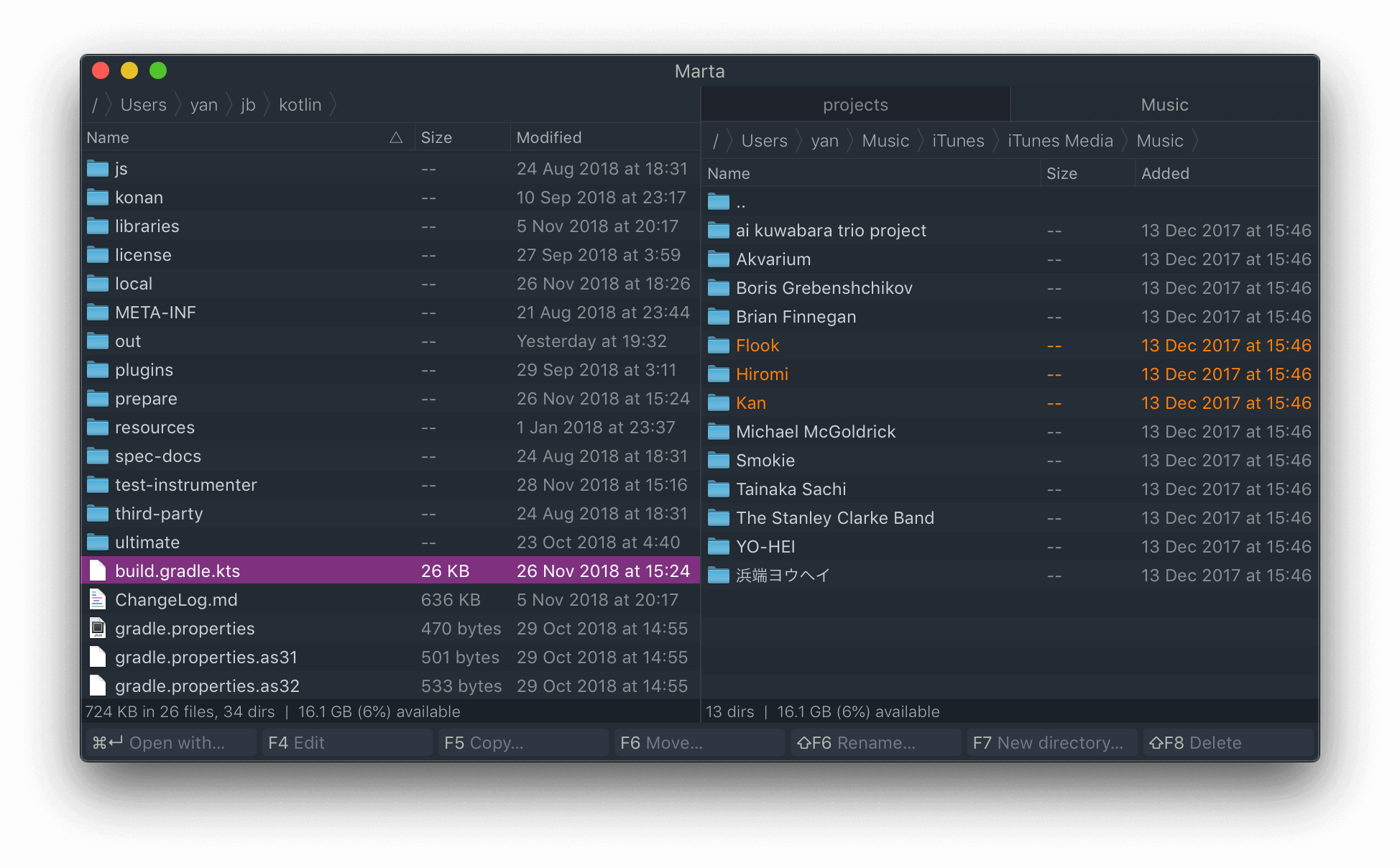 The other noteworthy change is that etty, the embedded terminal, now works in a slightly different way. Before 0.6, if you had an open terminal in some tab, switching to the other tab forced opening terminal there as well. That was a questionable behavior as one doesn’t usually need a terminal session for every open directory, even omitting the fact that each session is a separate process that consumes RAM. So, starting from 0.6, the terminal is opened independently for each tab.

There are also many smaller enhancements. As usual, you can see them in the changelog.

As I said, Marta 0.6 was reworked from the ground up, and it came at the cost of new potential bugs. I did plenty of testing, but it’s just impossible to cover all possible scenarios. If you encounter in a bug, please ping me via an email, or file an issue to the Marta, issue tracker.